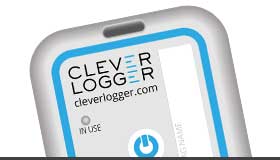 A food safety issue that is too close to home…

Lecturers and students from the University of Adelaide discovered from their research that 134 out of the 174 supermarkets (that is nearly 75%) or delis that sold ready to eat meat had high bacterial levels that did not meet food standard guidelines.

Though the food tested did not contain traces of food poisoning pathogens, such as E. coli or salmonella, 15% of the samples tested by the researchers came up with coliform bacteria, which could be evidence of faecal contamination. This particular bacteria can be caused by people’s poor hygiene practices, such as not washing their hands after going to the toilet.

Many types of produce was tested and various results were found. Sliced salami, fritz and roast pork showed the highest proportions of ‘unsatisfactory’ bacterial counts. While chicken and ham had lower levels of bacteria, two-thirds of samples in the study, undertaken last year by final-year veterinary science students, still failed to meet satisfactory standards.

As an Australian consumer, what does it mean? A key point to take away is that as consumers, we need to be more wary about how we consume these goods. However, since the tested meats did not consist of any food poisoning bacteria, it will not cause too much harm to consumers. This may be the stubborn consumer instincts coming out of me, so it may be wise not to heed that idea. If you are at the other end of this system, the sellers of these produce, tighten up your hygiene standards! Especially if you don’t want your store be defamed in a similar manner.